Candace Bailey is an associate professor of music history and literature, theory, and piano at North Carolina Central University. She is the author of many articles, as well as the books Seventeenth-CenturyBritish Keyboard Sources and The Keyboard Music of John Roberts. 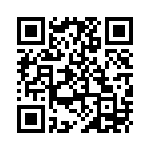