Meghan Healy-Clancy is a Lecturer on History and Literature at Harvard University. 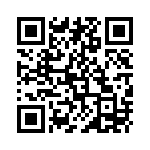