A.P. Martinich is Roy Allison Vaughan Centennial Professor of Philosophy at the University of Texas at Austin.

Brian Battiste is a graduate student in the Department of Philosophy at the University of Texas, Austin. 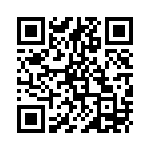