Subtitled "a dot.comedy," Scoville's formula-beset debut concerns romantic, social, and office politics in the boom economy of California's Silicon Valley.Paul is adrift. In college he dreamed of ... Read full review

After more than a decade of making "sturdy but unnotable" contributions to a number of Silicon Valley companies - startups and behemoths - THOMAS SCOVILLE began a shadow career as a writer, pundit, and Internet provocateur. A number of Scoville's projects have become cult favorites among infotechies: "The Silicon Valley Tarrot" (produced by Steve Jackson Games), "The Elements of Style: Unix as Literature"(published by Performance Computing), and " An Undying Affection" and "Whence the Source" (both published by O'Reilly online, and adopted as manifestos for the Open Source/anti-Microsoft movement). His articles and essays have appeared in Salon.com, The Wall Street Journal, and The San Jose Mercury News. Articles about his work have appeared in Newsweek, The Associated Press, Information Week, and The San Francisco Chronicle. 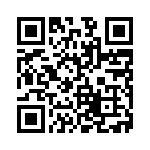