Perfect satire by the foremost Christian apologist of his age. Thoughtful discussion about heaven, hell and the relationship between our hangups that keep us from choosing the better way Read full review

Excellent Use Of Allegory

The Great Divorce is short and easy to read with use of allegory that is not too deep. CS Lewis explores unregenerate sin and its consequences in both this life and eternity. For the reflective ... Read full review

C. S. (Clive Staples) Lewis, "Jack" to his intimates, was born on November 29, 1898 in Belfast, Ireland. His mother died when he was 10 years old and his lawyer father allowed Lewis and his brother Warren extensive freedom. The pair were extremely close and they took full advantage of this freedom, learning on their own and frequently enjoying games of make-believe. These early activities led to Lewis's lifelong attraction to fantasy and mythology, often reflected in his writing. He enjoyed writing about, and reading, literature of the past, publishing such works as the award-winning The Allegory of Love (1936), about the period of history known as the Middle Ages. Although at one time Lewis considered himself an atheist, he soon became fascinated with religion. He is probably best known for his books for young adults, such as his Chronicles of Narnia series. This fantasy series, as well as such works as The Screwtape Letters (a collection of letters written by the devil), is typical of the author's interest in mixing religion and mythology, evident in both his fictional works and nonfiction articles. Lewis served with the Somerset Light Infantry in World War I; for nearly 30 years he served as Fellow and tutor of Magdalen College at Oxford University. Later, he became Professor of Medieval and Renaissance English at Cambridge University. C.S. Lewis married late in life, in 1957, and his wife, writer Joy Davidman, died of cancer in 1960. He remained at Cambridge until his death on November 22, 1963. 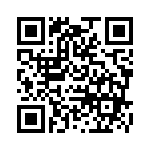