Jal is a typical boy, revering the warriors in uniform who stand before him and looking up to the fighter pilots who banish the enemy from the sky. As a small child he dreams of joining the military ... Read full review

The war in Sudan through a child's eyes. Incredible. Amazing that he has survived and told the story. Most of it is unbelievable. He ends up in Nairobi with Emma, who is killed in a car accident. Incredible story. Read full review

EMMANUEL JAL lives in London. His music has been featured in the movie Blood Diamond, the documentary God Grew Tired of Us, and in three episodes of ER. He is a spokesman for Amnesty International and Oxfam, and has done work for Save the Children, UNICEF, World Food Programme, Christian Aid, and other charities, and has established his own charitable foundation, Gua Africa, to help former Sudanese child soldiers. He has been featured in Time Magazine, USA Today, the Washington Post, Newsweek.com, and on NPR, CNN, Fox, MTV, and the BBC. A documentary about Jal's life, also called War Child, premiered to acclaim at the February 2008 Berlin Film Festival and the April 2008 Tribeca Film Festival. His first U.S. album War Child was released in May 2008.
Jal also plays one of the "lost boys" of Sudan in The Good Lie, released in October 2014 starring Reese Witherspoon. 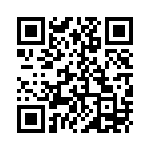