Daniel Tudor is from Manchester, England, and graduated with a BA in Philosophy, Politics, and Economics from Oxford University. He has lived in Seoul for a many years and served as Korea Correspondent for The Economist from 2010-2013. His first book Korea: The Impossible Country received high praise and has been translated into Korean, Chinese, Polish, and Thai. A subsequent book, North Korea Confidential (with James Pearson), was selected by The Economist as one of the best books of 2015. He is also co-founder of Seoul-based The Booth Brewing Company. 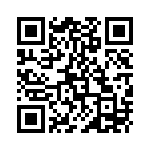