Mrs. Hoefer received a Ph.D. in American literature from Washington University, St. Louis, Missouri, and in the early 1960s taught at the University of California, Berkeley, and at San Francisco State University. In 1967, she joined her husband Peter Hoefer in starting Hoefer Scientific Instruments After Peter Hoefer's death in 1987, she carried on as chief executive officer. She is currently an editor for Sunstone Press 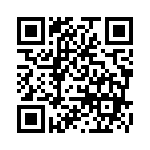