Born in South Africa, I graduated with a 1st class Honours degree in Zoology and Psychology in 1963. I came to the United Kingdom in 1964 and was employed as a scientist by the Medical Research Council from 1965 to 1972. I gained my PhD from the University of London in 1968 and was awarded a Medical Research Council Travelling Fellowship the following year, which took me to the United States during the period1970-1972 where I worked as a postdoctoral fellow at Stanford University. I returned to the UK in 1972 and was appointed a lecturer in psychology at University College London at the start of the 1972-73 academic year. In 1988 the title of Reader was conferred on me, and in 1993 I was made Professor of Psychobiology. I was Head of the Department of Psychology at UCL during the period 1993-1998, and in 2005 became Emeritus Professor of Psychology. 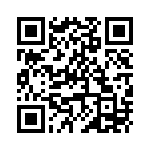