Richard Harries was Bishop of Oxford from 1987-2006. On his retirement he was made a Life Peer and as Lord Harries of Pentregarth he continues to be active in the House of Lords. He is an Emeritus Gresham Professor, and a Fellow and an Honorary Professor of Theology at King's College, London. He is an Honorary Doctor of Divinity of the University of London and an Honorary Fellow of Selwyn College, Cambridge and of St Anne's College, Oxford. He is the author of 26 books mainly on the interface of Christian faith and the wider culture, including the arts, and he is a Fellow of the Royal Society of Literature. He is the author of The Passion in Christian Art (Ashgate, 2004). His book Art and the Beauty of God, (Continuum 2000) was chosen as a book of the year by the late Anthony Burgess in The Observer. His most recent books include The Re-enchantment of Morality (SPCK), was which was shortlisted for the 2011 Michael Ramsey prize for theological writing. 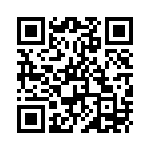