This document *is* available electronically through the UN. http://ipcc-wg2.gov/SREX/

Christopher B. Field is the founding director of the Carnegie Institution's Department of Global Ecology, Professor of Biology and Environmental Earth System Science at Stanford University and Faculty Director of Stanford's Jasper Ridge Biological Preserve. Field received his AB in Biology from Harvard in 1975 and his PhD in Biology from Stanford in 1981. In more than 200 published papers, Field's research has addressed many aspects of global change, from the molecular to the global scale. His contributions probe the global carbon cycle, impacts of climate change on ecosystems and agriculture and options for sustainable renewable energy. He is a recipient of the Heinz Award, a fellow of the American Association for the Advancement of Science and an elected member of the American Academy of Arts and Sciences and the US National Academy of Sciences. He was a coordinating lead author for the Fourth Assessment Report of the Intergovernmental Panel on Climate Change and, as of September 2008, co-chair of Working Group 2 of the IPCC.

Vicente Barros was born in Buenos Aires, Argentina. He gained a Masters of Science in Meteorology at the University of Michigan and a PhD in Meteorological Sciences at the University of Buenos Aires in 1973. He held research positions at the UNAM (Mexico) and at the Argentine Council of Sciences (CONICET) where he has been Senior Researcher since 1994. He was Professor of Climatology and Director of the Master Program of Environmental Sciences at the School of Sciences of the University of Buenos Aires. He is currently Emeritus Professor of this University. Vicente Barros has published over 60 peer-reviewed papers, most of them on climate variability and trends on South America and on impacts of climate variability and climate change in the regional hydrology. He is also author of a book on climate change and co-editor of another three on related matters. In 1996, he directed the First National Communication of Argentina to the UNFCCC and made substantial contributions to the second one in 2006.

Thomas Stocker was born in Zürich, Switzerland, and obtained a PhD in Natural Sciences at ETH Zürich in 1987. He has held research positions at University College London, McGill University (Montreal), Columbia University (New York) and the University of Hawai'i (Honolulu). Since 1993 he has been Professor of Climate and Environmental Physics at the University of Bern. His research encompasses the development of climate models of intermediate complexity, modelling past and future climate change and the reconstruction of the chemical composition of precipitation and greenhouse gas concentrations based on ice cores from Greenland and Antarctica. Thomas Stocker has published over 160 peer-reviewed papers in the area of climate dynamics and paleoclimate modeling and reconstruction. He was awarded a Dr Honoris Causa of the University of Versailles (France) in 2006 and the Hans Oeschger Medal of the European Geosciences Union in 2009. Thomas Stocker served as a Coordinating Lead Author in the Third and Fourth Assessment Reports of the IPCC and was elected Co-Chair of Working Group I for the IPCC's Fifth Assessment Report in 2008.

Qin Dahe is a well-known glaciologist and climatologist and is an academician of the Chinese Academy of Sciences and an academician of the Third World Academy of Sciences. Since 2007 he has been Director of State Key Laboratory of Cryosphere Sciences, Chinese Academy of Sciences. He is the former Administrator of the China Meteorological Administration and the former Permanent Representative of China with the World Meteorological Organization (WMO). Qin Dahe has been involved in research on the cryosphere and global change for decades and he has participated in or led multiple scientific expeditions and relevant studies in the Antarctic, Arctic, Qinghai-Tibetan Plateau and Western China, achieving a large number of innovative research findings. He has made important contributions to the implementation of many international scientific programmes such as the International Trans-Antarctic Scientific Expedition. Qin Dahe has promoted climate change studies both nationally and internationally and has made a prominent contribution to the meteorological services in China as well as to international meteorological cooperation. Qin Dahe served as a Lead Author in the Third Assessment Report of the IPCC and as Co-Chair of Working Group I for the IPCC's Fourth Assessment Report, which was published in 2007. In 2008 he was re-elected Co-Chair of Working Group I for the IPCC's Fifth Assessment Report. 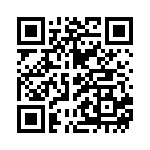