David S. Evans is Managing Director of the Global Competition Policy Practice at LECG LLC and part of Market Platform Dynamics, a management consulting firm that focuses on strategic analysis and product design for platform-based firms.

Richard L. Schmalensee is John C. Head III Dean and Professor of Management and Economics at the MIT Sloan School of Management. He is co-editor of Management: Inventing and Delivering Its Future (MIT Press, 2003). 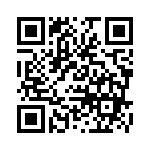