Interesting trilogy about Alvin Maker who has some magical powers in early America. Pretty much based on Joseph Smith story. I also read the next two. Read full review

A story of 19th Century America-as-it-might-have-been, and of a little boy who is born the 7th son of a 7th son and with the potential to be a great power against the "unmaker" of the universe. The ... Read full review

Born in Richland, Washington in 1951, Orson Scott Card grew up in California, Arizona, and Utah. He lived in Brazil for two years as an unpaid missionary for the Mormon Church and received degrees from Brigham Young University (1975) and the University of Utah (1981). The author of numerous books, Card was the first writer to receive both the Hugo and Nebula awards for best novel two years in a row, first for Ender's Game and then for the sequel Speaker for the Dead. He lives with his wife and children in North Carolina. 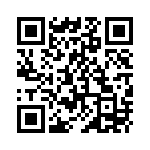