-- This slim novel (123 pgs.) is a quick read. Lou Feck's illustrations inhabit whole pages. Forsyth is a pilot as well as a writer. Charlie Delta is a Royal Air Force pilot flying alone at night when ... Read full review

I much appreciated The Day of the Jackal which I read 6 Feb 2010 so I decided to read this slight fiction by Forsyth. It tells of an RAF pilot flying home in 1957 from Germany for Christmas. He loses ... Read full review

Frederick Forsyth was born in Ashford, England on August 25, 1938. At age seventeen, he decided he was ready to start experiencing life for himself, so he left school and traveled to Spain. While there he briefly attended the University of Granada before returning to England and joining the Royal Air Force. He served with the RAF from 1956 to 1958, earning his wings when he was just nineteen years old. He left the RAF to become a reporter for the Eastern Daily Press, Reuters News Agency, and the British Broadcasting Corporation (BBC). While with the BBC, he was sent to Nigeria to cover an uprising in the Biafra region. As he learned more about the conflict, he became sympathetic to the rebel cause. He was pulled from Nigeria and reassigned to London when he reported this viewpoint. Furious, he resigned and returned to Nigeria as a freelance reporter, eventually writing The Biafra Story and later, Emeka, a biography of the rebel leader Chukwuemeka Odumegwu-Ojukwu. Upon his return to England in 1970, Forsyth began writing fiction. His first novel, The Day of the Jackal, won an Edgar Allan Poe award from the Mystery Writers of America. His other works include The Odessa File, The Dogs of War, The Fourth Protocol, Devil's Alternative, The Negotiator, The Deceiver, The Fist of God, Icon, The Veteran, Avenger, The Afghan, The Cobra and The Fox. 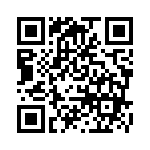