A look into the minds of some of the most famous songwriters of the last half century, this is perhaps one of the most treasured books in my collection. I've stopped counting the number of times I've ... Read full review

Bill Flanagan is executive vice president and editorial director of MTV Networks. He is also the author of A&R, New Bedlam, U2 at the End of the World, Last of the Moe Haircuts, and the novel Evening's Empire. Flanagan has written for several magazines, including Esquire, GQ, Rolling Stone, Spy, and Vanity Fair. 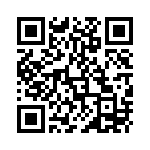