Though a resident of Santa Fe since 1954 and one who loves the American Southwest, Drew Bacigalupa is an inveterate traveler whose works have doggedly resisted regionalism. His published books include the World War II novel And Come to Dust, set in Belgium and Germany; Since My Last Confession, a spiritual journey and love story which follows the protagonist throughout the U.S. and across Europe; Journal of an Itinerant Artist, essays which roam the globe and embrace peoples of ethnic diversity. His stories, features and articles have appeared in numerous national newspapers and periodicals in this country and--in translation--in Italy. He first gained encouragement as a writer at the age of ten by winning a prize with an adventure story submitted to a writing contest in his hometown's newspaper The Baltimore Sun. 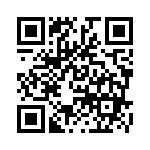