Greg has been on the editorial board of Information Processing Letters since 1979. He was the general chair of the Twelfth ACM Symposium on Operating Systems Principles in 1989 and has been on the program committees of numerous conferences. From 1988-92 he was on advisory committees for the computing directorate of the National Science Foundation. Since 1991 he has been on the Board of Directors of the Computing Research Association (CRA).

Greg's research interests include all aspects of concurrent programming. A long-term project has been the design and implementation of the SR programming language. Current work focuses on the development of Filaments, a software package that provides efficient fine-grain parallelism on a variety of parallel machines. 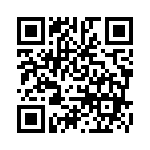