Coincidentally started reading this book just after a visit to Wigtown and the Rhins of Galloway. Not a gripping story and not, I suspect Conan Doyle at his best. Read full review

This was a nice little mystery. It isn't that suspenseful, I don't know exactly why, I just didn't find it so. But it was an interesting story with engaging characters. Read full review

The most famous fictional detective in the world is Arthur Conan Doyle's Sherlock Holmes. However, Doyle was, at best, ambivalent about his immensely successful literary creation and, at worst, resentful that his more "serious" fiction was relatively ignored. Born in Edinburgh, Doyle studied medicine from 1876 to 1881 and received his M.D. in 1885. He worked as a military physician in South Africa during the Boer War and was knighted in 1902 for his exceptional service. Doyle was drawn to writing at an early age. Although he attempted to enter private practice in Southsea, Portsmouth, in 1882, he soon turned to writing in his spare time; it eventually became his profession. As a Liberal Unionist, Doyle ran, unsuccessfully, for Parliament in 1903. During his later years, Doyle became an avowed spiritualist. Doyle sold his first story, "The Mystery of the Sasassa Valley," to Chambers' Journal in 1879. When Doyle published the novel, A Study in Scarlet in 1887, Sherlock Holmes was introduced to an avid public. Doyle is reputed to have used one of his medical professors, Dr. Joseph Bell, as a model for Holmes's character. Eventually, Doyle wrote three additional Holmes novels and five collections of Holmes short stories. A brilliant, though somewhat eccentric, detective, Holmes employs scientific methods of observation and deduction to solve the mysteries that he investigates. Although an "amateur" private detective, he is frequently called upon by Scotland Yard for assistance. Holmes's assistant, the faithful Dr. Watson, provides a striking contrast to Holmes's brilliant intellect and, in Doyle's day at least, serves as a character with whom the reader can readily identify. Having tired of Holmes's popularity, Doyle even tried to kill the great detective in "The Final Problem" but was forced by an outraged public to resurrect him in 1903. Although Holmes remained Doyle's most popular literary creation, Doyle wrote prolifically in other genres, including historical adventure, science fiction, and supernatural fiction. Despite Doyle's sometimes careless writing, he was a superb storyteller. His great skill as a popular author lay in his technique of involving readers in his highly entertaining adventures. 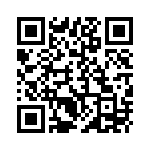