Eric Foner, a winner of the Bancroft Prize and the Francis Parkman Prize, is the DeWitt Clinton Professor of History at Columbia University and a member of the American Academy of Arts and Sciences. His books include The Story of American Freedom and Politics and Ideology in the Age of the Civil War. He lives in New York City.

Joshua Brown is the executive director of the American Social History Project/Center for Media and Learning at the Graduate Center of the City University of New York. His books include Beyond the Lines: Pictorial Reporting, Everyday Life, and the Crisis of Gilded Age America. He lives in New York City.

This book is the first effort of the Los Angeles-based Forever Free Project, an ongoing collaboration among film and television producers and writers and our most distinguished historians and scholars. The Forever Free Project is preparing a film on Emancipation and Reconstruction. 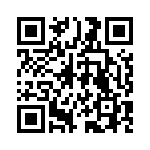