The standard history of the American Communist movement. Draper is a skilled historian. The author helps elucidate complex sectarian struggles in the party. Even if one reads closely though, it can be ... Read full review 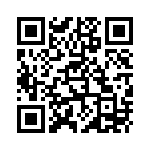