Born to a poor family in Sardinia, Gramsci had to go to work as a child but still managed to distinguish himself as a bright and promising student. In 1910, after winning a scholarship, he attended the University of Torino, where he was influenced by Benedetto Croce and Francesco De Sanctis. He eventually rejected Croce's idealism, as well as the academic life, for Marxism and politics. His primary interest was the empowerment of the working class. He rose within the Socialist party to the position of secretary of the socialist section of Torino and founded the influential newspaper L'Ordine Nuovo (the New Order). In 1921 he cofounded the Italian Communist party and fought against Fascist policy. Elected party secretary in 1924, two years later he was arrested and sent to prison, where he produced much of his writing. He remained incarcerated until his death. Gramsci's writings chronicle the development of his thought on politics, culture, and education. 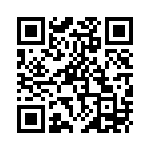