William Bradford: Plymouths Faithful Pilgrim, written by Gary D. Schmidt, is a biography of William Bradford, one of the Pilgrims who came to America on the Mayflower. The account starts with his ... Read full review 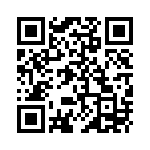