The author is a father - congratulations! He will not shut up about it. The rest of the book reads like a blog or a dream diary. Was there a point to this other than making everyone feel good about themselves for spending a 100 hours a week watching TV and playing games? Read full review

A very readable gloss on the human need for story. I particularly liked the chapter about dreams. The author makes some nice points, but I disagree with the idea that fiction serves primarily a moral purpose. Read full review

Jonathan Gottschall teaches English at Washington & Jefferson College and is one of the leading figures in the movement toward a more scientific humanities. The author or editor of five scholarly books, Gottschall’s work has been prominently featured in the New York Times Magazine, Scientific American, and the Chronicle of Higher Education, among others. Steven Pinker has called him "a brilliant young scholar" whose writing is "unfailingly clear, witty, and exciting." 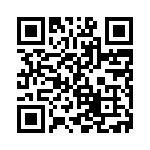