Franz Boas, a German-born American anthropologist, became the most influential anthropologist of his time. He left Germany because of its antiliberal and anti-Semitic climate. As a Columbia University professor for 37 years (1899-1936), he created both the field of anthropology and the modern concept of culture. Boas played a key role in organizing the American Anthropological Association (AAA) as an umbrella organization for the emerging field. At both Columbia and the AAA, Boas encouraged the "four field" concept of anthropology; he personally contributed to physical anthropology, linguistics, archaeology, as well as cultural anthropology. His work in these fields was pioneering. Both directly and through the influence of such students as Ruth Benedict, Melville J. Herskovits, Alfred L. Kroeber, and Margaret Mead, he set the agenda for all subsequent American cultural anthropology. In His lifetime Boas had many leadership roles including: Assistant curator at the American Museum of Natural History; editor of The Journal of American Folklore; president of the New York Academy of Sciences, and founder of the International Journal of American Linguistics. Boas is the author of hundreds of scientific monographs and articles. He died in 1942. 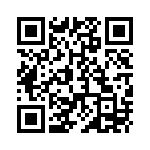