Page 263 - Notwithstanding it treateth of the birth, life, and acts of the said King Arthur, of his noble knights of the Round Table, their marvellous enquests and adventures, the achieving of the Sangreal, and in the end the dolorous death and departing out of this world of them all.
Appears in 121 books from 1640-2006

RICHARD BARBER has had a huge influence on the study of medieval history and literature, as both a writer and a publisher. His first book on the Arthurian legend appeared in 1961, and his major works include The Knight and Chivalry (winner of the Somerset Maugham Award in 1971), Edward Prince of Wales and Aquitaine, The Penguin Guide to Medieval Europe and The Holy Grail: the History of a Legend which was widely praised and was translated into six languages.

Bart Besamusca is Associate Professor at the Department of Dutch, Utrecht University.

ROGER DALRYMPLE is a Principal Lecturer in Education at Oxford Brookes University. 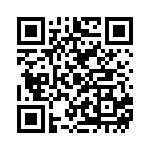