Least enjoyable of the six Xanth books I've read so far, but still a good yarn. I don't think this one was as clever as the others, just more straightforward story telling with existing characters. Still enjoyed it...and will tackle the next one soon. Read full review

#6 in the series-- this was the book that made me start to read the books. I saw the original Oil painting sold at a Con and LOVED it and had toread the books!!! "Xanth is under threat of a barbarian ... Read full review

Piers Anthony was born in August, 1934, in Oxford, England. He became a naturalized citizen of the United States and attended Goddard College and the University of South Florida. He served in the U.S. Army from 1957-1959. In 1977, he received a British Fantasy Award for A Spell for a Chameleon. Highly popular because of his science fiction and fantasy works, Anthony is also known for the Jason Striker series and martial arts novels co-written with Roberto Fuentes. A highly prolific author, Anthony's other works include Bio of a Space Tyrant, Cluster, and the Omnivore series. Anthony makes his home in Tampa, Florida. He also writes under the pseudonym Robert Piers. 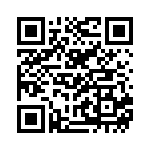