Ulises Ali Mejias is assistant professor of communication studies at the State University of New York, College at Oswego. 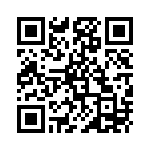