In the early 17th century Portuguese priests Sabastian Rodrigues and Francis Garrpe land secretly near Nagasaki. They are missionaries coming to Japan during a time of great persecution. Fearful that ... Read full review

This is a very impressive historical novel set in 17th century Japan. I have not seen the Scorsese film but my edition does contain an introduction by Scorsese so there is a link to it. The book is ... Read full review

Shusaku Endo was born in Tokyo in 1923 and, with his family, converted to Catholicism while he was still a child. Much of his writing centers on the conflict this conversion engendered as he struggled to develop faith in a deity foreign to Japanese culture. His writings also reflect on his experiences during World War II during the bombings and the subsequent shortage of basic human necessities for the Japanese people. He explores the suffering endured and the inevitable shock wave upon human relationships and the human psyche. Endo graduated from Keio University and then journeyed to France after the war to continue his studies, but was forced to return to Japan because of illness. After a period of convalescence Endo decided on a writing career, publishing his first novel, Shiroihito, in 1955. His novel The Samurai, published in the United States in 1996, is considered one of his finest works. Endo's reputation is due in part to his exploration of moral dilemma as it relates to divergent cultures. Endo has won many literary awards. In 1982 he was elected to the Japan Arts Academy. Shusaku Endo died in 1996. 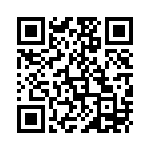