Surprisingly entertaining book that discusses the evolution of the world itself, breaking it down by areas and locations, proving that species have a natural tendency to come and go and suggesting ... Read full review

THE SIXTH EXTINCTION: Patterns of Life and the Future of Humankind

Here's a sobering look at the human race's impact on its environment, from the authors of Origins (1977) and Origins Reconsidered (1992). In addition to his work in unearthing the remains of early ... Read full review

Richard Leakey is the world's most famous living paleoanthropologist. He resigned from his position as chairman of the National Museums of Kenya when Kenya's president, Daniel arap Moi appointed him to head the Kenya Wildlife Service. His parents were the archaeologists Louis Leakey and Mary Leakey. His half-brother is the leading plant scientist, Colin Leakey.

Roger Lewin, PhD, is a biochemist, the former deputy editor of the British magazine New Scientist, and the author of Making Waves: Irving Dardik and His Superwave Principle, as well as many other highly praised books on biology such as Complexity: Life at the Edge of Chaos and Patterns in Evolution: The New Molecular View. 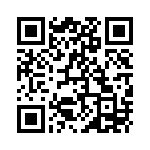