Alan R. Felthous, M.D., is Professor and Director of Forensic Psychiatry in the Department of Neurology and Psychiatry, Saint Louis University School of Medicine. He received his Bachelor of Sciences degree at the University of Washington and his medical doctorate at the University of Louisville School of Medicine before interning at Roosevelt Hospital in New York city and completing a residency in psychiatry at McLean Hospital and Harvard Medical School. After two years as a staff psychiatrist at the Naval Regional Medical Center in Oakland, Dr. Felthous joined the staff at the Menninger Foundation in Topeka, Kansas. For nearly 15 years, he was Chief o the Forensic Services, the Department of Psychiatry and Behavioral Sciences at the University of Texas Medical Branch in Galveston, where he was the Marie B. Gale centennial Professor of Psychiatry. Before coming to Saint Louis University, Dr. Felthous was Director of Forensic Psychiatry at Southern Illinoi8s University School of Medicine and Medical Director of Chester Mental Health Center, the maximum security forensic hospital for the state of Illinois. Dr. Felthous is President of the American Academy of Psychiatry and the Law, Senior Editor of behavioral Science sand the Law and Past President of the American board of Forensic Psychiatry. His research, scholarly and teaching interests focus on clinical aggression, the psychopathology of criminal behavior, legal requirements of clinicians in managing potentially violent patients, and jail and prison suicide.

Henning Saß, M.D., is currently Medical Director and Chairman of the board of Directors at the University Hospital of the University of Technology (RWTH) in Aachen/Aix-la-Chapelle, Germany. He studied medicine at the universities of Kiel, Vienna and Mainz. After passing the state examination in Kiel and receiving his medical doctorate in Mainz, he was a resident in the Department of Psychiatry at the University of Heidelberg. Having completed his training in clinical psychiatry and in psychotherapy, he concentrated on forensic psychiatry, general psychopathology, diagnostic research and personality disorders. His habilitation on Psychopathie, Soziopathie, and Dissozialitat (Psychopathy, Sociopathy and Dissocial Behaviors) was published as a Springer monograph in 1987. He was then appointed Professor of Forensic Psychiatry at the Ludwig-Maximilians-University in Munich, after which he was the Chair of Psychiatry and Psychotherapy at the medical faculty in Aachen for 10 years, before he was appointed to his current position. His research interests remain focused on forensic psychiatry, especially in the field of personality disorders. During his academic career, he was President of the German Society for Psychiatry, Psychotherapy and Nervous Diseases (DGPPN) and of the Association of European Psychiatrists (AEP). He is editor or co-editor of several scientific journals and member of numerous boards of scientific organizations including the European Brain Council and the Research Council of the German Ministry for Science, Research and technology. 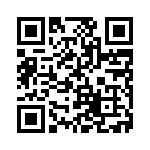