Soner Cagaptay is senior fellow and director of the Turkish Research Program at the Washington Institute for Near East Policy, a Washington-based think tank. His research interests include U.S.-Turkish relations and modern Turkish history. 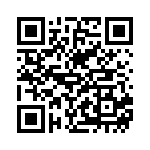