Ronghua Shen is Deputy Secretary General and research fellow at the Chinese Public Administration Society, Executive Vice-president of National Administration Science Teaching Research Society, and a specially-appointed professor and guest professor at Renmin University of China, University of International Business and Economics, Shenzhen University, China. He has worked on structural reform research at ministries under the Central Government for many years. He has published more than 20 books including Chinese Government Reform, Government Mechanism, and more than 100 papers in key publications. 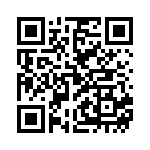