Elizabeth Jane Howard was the author of fifteen highly acclaimed novels. The Cazalet Chronicles - The Light Years, Marking Time, Confusion, Casting Off and All Change - have become established as modern classics and have been adapted for a major BBC television series and for BBC Radio 4. In 2000 she was awarded a CBE in the Queen's Birthday Honours List, and in 2002 Macmillan published her autobiography, Slipstream. She died, aged ninety, at home in Suffolk on 2 January 2014. 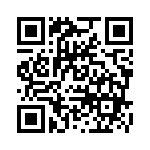