This is indeed an epic. In some ways, it is dated, e.g., spending too many pages on the 1990s and almost completely ignoring climate change—and this isn't the book's only blind spot. Yet the story is ... Read full review

Took me a year plus to finish this massive book. It is readable, interesting and well balanced history of oil. The first three sections I found more engaging than the second half sections. Read full review

Daniel Yergin, chairman of Cambridge Energy Research Associates and the Global Energy Expert for the CNBC business news network, is a highly respected authority on energy, international politics, and economics. Dr. Yergin received the Pulitzer Prize for the number one bestseller The Prize: The Epic Quest for Oil, Money & Power, which was also made into an eight-hour PBS/BBC series seen by 20 million people in the United States. The book has been translated into 12 languages. It also received the Eccles Prize for best book on an economic subject for a general audience.

Of Dr. Yergin’s subsequent book, Commanding Heights: The Battle for the World Economy, the Wall Street Journal said: “No one could ask for a better account of the world’s political and economic destiny since World War II.” This book has been translated into 13 languages and Dr. Yergin led the team that turned it into a six-hour PBS/BBC documentary — the major PBS television series on globalization. The series received three Emmy nominations, a CINE Golden Eagle Award and the New York Festival’s Gold World Medal for best documentary. Dr. Yergin’s other books include Shattered Peace, an award-winning history of the origins of the Cold War, Russia 2010 and What It Means for the World (with Thane Gustafson), and Energy Future: The Report of the Energy Project at the Harvard Business School, which he edited with Robert Stobaugh. 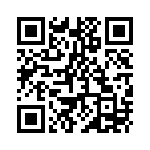