MILTON J. LEWIS is Senior Research Fellow at the Department of Public Health and Community Medicine at the University of Sydney. 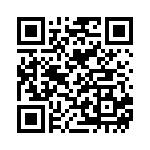