A fun little collection of linked stories, dealing with a young man who comes into money. As he's also both rather self-centred and quite weak, he ends up entangled with various young women and their ... Read full review

Early, early Wodehouse. This book is a collection of six short stories, each originally published individually in a magazine, about the titular character named Roland Bleke. The young man who entered ... Read full review

Fine artist and designer Carol Pentleton was born in New Bedford, Massachusetts. She graduated with a BFA from the Rhode Island School of Design and earned an MFA from Syracuse University. She has exhibited her work in group and solo shows across the country and is a visual communications consultant. 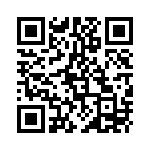