David Luebke David is an Assistant Professor in the Department of Computer Science at the University of Virginia. His principal research interest is the problem of rendering very complex scenes at interactive rates. His research focuses on software techniques such as polygonal simplification and occlusion culling to reduce the complexity of such scenes to manageable levels. Luebke''s dissertation research, summarized in a SIGGRAPH ''97 paper, introduced a dynamic, view-dependent approach to polygonal simplification for interactive rendering of extremely complex CAD models. He earned his Ph.D. at the University of North Carolina, and his Bachelors degree at the Colorado College.

Dr. Martin Reddy is the founder and CEO of the software consultancy firm Code Reddy Inc. He holds a Ph.D. in Computer Science and has over 15 years of experience in the software industry. During this time, he has written 3 software patents and has published over 40 professional articles and a book on 3D computer graphics.

Dr. Reddy worked for 6 years at Pixar Animation Studios where he was lead engineer for the studio''s in-house animation system. This work involved the design and implementation of various APIs to support several Academy Award-winning and nominated films, such as "Finding Nemo", "The Incredibles", "Cars", "Ratatouille", and "Wall-E."

Jonathan D. Cohen is an Assistant Professor in the Department of Computer Science at The Johns Hopkins University. He earned his Doctoral and Masters degrees from The University of North Carolina at Chapel Hill and earned his Bachelors degree from Duke University. His interests include polygonal simplification and other software acceleration techniques, parallel rendering architectures, collision detection, and high-quality interactive computer graphics. Jon''s e-mail address is cohen@cs.jhu.edu.

Amitabh Varshney Amitabh is an Associate Professor in the Department of Computer Science at the University of Maryland. His research interests lie in interactive computer graphics, scientific visualization, molecular graphics, and CAD. Varshney has worked on several aspects of level-of-detail simplifications including topology-preserving and topology-reducing simplifications, view-dependent simplifications, parallelization of simplification computation, as well as using triangle strips in multiresolution rendering. Varshney received his PhD and MS from the University of North Carolina at Chapel Hill in 1994 and 1991 respectively. He received his B. Tech. in Computer Science from the Indian Institute of Technology at Delhi in 1989.

Benjamin Watson Ben is an Assistant Professor in Computer Science at Northwestern University. He earned his doctoral and Masters degrees at Georgia Tech''s GVU Center, and his Bachelors degree at the University of California, Irvine. His dissertation focused on user performance effects of dynamic level of detail management. His other research interests include object simplification, medical applications of virtual reality, and 3D user interfaces.

Robert Huebner Robert is the Director of Technology at Nihilistic Software, an independent development studio located in Marin County, California. Prior to co-founding Nihilistic, Robert has worked on a number of successful game titles including "Jedi Knight: Dark Forces 2" for LucasArts Entertainment, "Descent" for Parallax Software, and "Starcraft" for Blizzard Entertainment. Nihilistic''s first title, "Vampire The Masquerade: Redemption" was released for the PC in 2000 and sold over 500,000 copies worldwide. Nihilistic''s second project will be released in the Winter of 2002 on next-generation game consoles. Robert has spoken on game technology topics at SIGGRAPH, the Game Developer''s Conference (GDC), and Electronic Entertainment Expo (E3). He also serves on the advisory board for the Game Developer''s Conference and the International Game Developer''s Association (IGDA). 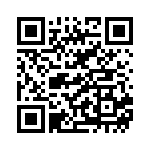