Kathi Jackson is the author of They Called Them Angels: American Military Nurses of World War II (Greenwood, 2000). She has also written essays for The Seattle Times, The Denver Post, and Everett's The Herald. 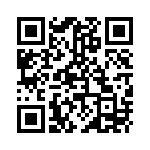