Jerry A. Fodor was born Jerome Alan Fodor in New York City on April 22, 1935. He received a bachelor's degree in philosophy from Columbia University and a Ph.D. in philosophy from Princeton University. He taught at the Massachusetts Institute of Technology from 1959 to 1986, the City University of New York Graduate Center from 1986 to 1988, and Rutgers University from 1988 until his death, when was the State of New Jersey professor of philosophy there. He was one of the world's foremost philosophers of mind. He wrote several books including The Structure of Language written with Jerrold J. Katz, The Language of Thought, The Modularity of Mind, Concepts: Where Cognitive Science Went Wrong, The Mind Doesn't Work That Way, and What Darwin Got Wrong written with Massimo Piattelli-Palmarini. He died from complications of Parkinson's disease and a recent stroke on November 29, 2017 at the age of 82. 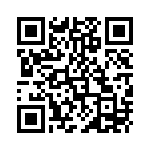