Alyson Brown is a Reader in History at Edge Hill University. She has published numerous chapters and articles, including 'The Amazing Mutiny at the Dartmoor Convice Prison' in the British Journal of Criminology (2007). 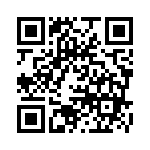