RICHARD A. SPINELLO is Associate Research Professor at the Carroll School of Management at Boston College. Prior to joining the faculty of Boston College, he worked as a programmer, consultant, and marketing manager in the software industry. He has written and edited four books on computer-related ethics as well as numerous articles and scholarly papers on ethics and management. 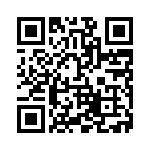