Vinayak Bharne is an urbanism and planning joint adjunct faculty member at the Sol Price School of Public Policy and the School of Architecture at the University of Southern California (USC) in Los Angeles; and the director of design at Moule and Polyzoides Architects and Urbanists. He is the editor of The Emerging Asian City – Concomitant Urbanities and Urbanisms (2012), and the contributing author of several books including Planning Los Angeles (2012) and Aesthetics of Sustainable Architecture (2011).

Krupali Krusche is a preservation and architecture faculty member at the University of Notre Dame. As the head of the DHARMA (Digital Historic Architectural Research and Material Analysis) research team, specializing in 3D documentation of World Heritage Sites, she has studied and documented key monuments including the tombs and gardens along the Yamuna River in India, and the Roman Forum in Italy. 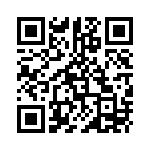