John A. Garraty is the Gourverneur Morris Professor Emeritus of History at Columbia University and a former president of the Society of American Historians. His publications include Unemployment in History, The New Commonwealth, The Great Depression, and numerous history textbooks. He was an editor of the Columbia History of the World and the editor of recent supplements of the Dictionary of American Biography. He is currently the editor of the multivolume American National Biography.

Mark C. Carnes received his undergraduate degree from Harvard and his Ph.D. in history from Columbia University, where he studied and trained with Professor John A. Garraty. The Ann Whitney Olin Professor History at Barnard College, Columbia University, Professor Carnes has chaired both the departments of History and American Studies at Barnard. In addition to this textbook, Carnes and Garraty have co-authored "Mapping America's Past: A Historical Atlas" and are co-general editors of the 24-volume "American National Biography," for which they were awarded the Waldo Leland Prize of the American Historical Association, the Darmouth Prize of the American Library Association, and the Hawkins Prize of the American Association of Publishers. In addition, Carnes has published numerous books in American social and cultural history, including "Past Imperfect: History According to the Movies" (1995), "Novel History: Historians and Novelists Confront America's Past (and Each Other)" (2001), and "Invisible Giants: 50 Americans That Shaped the Nation but Missed the History Books" (2002). Carnes also created "Reacting to the Past," which won the Theodore Hesburgh Award, sponsored by TIAA-CREF, as the outstanding pedagogical innovation of 2004. "Garraty preaches a particular doctrine on historical writing, expounding on the details of a complex process whereby the murky abstractions of the past are distilled into clean, clear narrative. He insists that the writer's sole duty is to readers. This literary alchemy is all the more wondrous for being so devoid of artifice," Carnes observes. John A. Garraty. Holding a Ph.D. from Columbia University and an L.H.D. from Michigan State University, ProfessorGarraty is Gouverneur Morris Professor Emeritus of History at Columbia. He is the author, co-author, and editor of scores of books and articles, among them biographies of Silas Wright, Henry Cabot Lodge, Woodrow Wilson, George W. Perkins, and Theodore Roosevelt. Along with Mark Carnes, he is co-editor of the "American National Biography," Garraty has also contributed a volume-The New Commonwealth-to the New American Nation series and edited "Quarrels That Shaped the Constitution," He was a member of the Board of Directors of American heritage magazine and served as both vice president and head of the teaching division of the American Historical Association. His areas of research interest include the Gilded age, unemployment (in a historical sense), and the Great Depression of the 1930s. Of his collaboration with Carnes on "The American Nation," Garraty says, "Although this volume is the work of two authors, it is as nearly the product of a single historical sensibility as is possible. Mark's scholarly specialization in cultural and social issues, especially gender, complements mine in politics and the economy. The book has benefited, too, from his special interest in postwar America. Over the many years of our collaborations, one of our favorite topics of discussion has been the craft of historical writing. We share a commitment to clarity and conciseness. We strive to avoid jargon and verbiage. We believe that while the political history of the nation provides a useful narrative framework, its people are what give the story meaning. 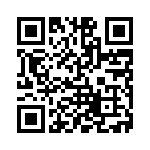