Ashley Jackson is forging a reputation as a leading historian of the British Empire and World War II. After eight years at Mansfield College, Oxford he moved to King's College London in 2004, where he is now Professor of Imperial and Military History. His third book, The British Empire and the Second World War, appeared to critical acclaim in 2006. He is currently writing Ocean Victory: Britain's Eastern War, 1939–1945 and a biography of Winston Churchill. His latest book, Mad Dogs and Englishmen: A Grand Tour of the British Empire at its Height, is published by Quercus. 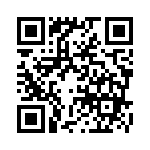