Zola was the spokesperson for the naturalist novel in France and the leader of a school that championed the infusion of literature with new scientific theories of human development drawn from Charles Darwin (see Vol. 5) and various social philosophers. The theoretical claims for such an approach, which are considered simplistic today, were outlined by Zola in his Le Roman Experimental (The Experimental Novel, 1880). He was the author of the series of 20 novels called The Rougon-Macquart, in which he attempted to trace scientifically the effects of heredity through five generations of the Rougon and Macquart families. Three of the outstanding volumes are L'Assommoir (1877), a study of alcoholism and the working class; Nana (1880), a story of a prostitute who is a femme fatale; and Germinal (1885), a study of a strike at a coal mine. All gave scope to Zola's gift for portraying crowds in turmoil. Today Zola's novels have been appreciated by critics for their epic scope and their visionary and mythical qualities. He continues to be immensely popular with French readers. His newspaper article "J'Accuse," written in defense of Alfred Dreyfus, launched Zola into the public limelight and made him the political conscience of his country.

Henry Havelock Ellis, known as Havelock Ellis was born on Feb 2, 1859 and died on July 8, 1939. He was a British physician, writer, and social reformer who studied human sexuality. He was co-author of the first medical textbook in English on homosexuality in 1897, and also published works on a variety of sexual practices and inclinations, including transgender psychology. He is credited with introducing the notions of narcissism and autoeroticism, later adopted by psychoanalysis. He served as president of the Galton Institute and, like many intellectuals of his era, supported eugenics. Ellis studied at St Thomas's Hospital Medical School now part of King's College London, but never had a regular medical practice.He joined The Fellowship of the New Life in 1883, meeting other social reformers Eleanor Marx, Edward Carpenter and George Bernard Shaw. The 1897 English translation of Ellis' book Sexual Inversion, co-authored with John Addington Symonds and originally published in German in 1896, was the first English medical textbook on homosexuality. Ellis wrote the first objective study of homosexuality, as he did not characterise it as a disease. Ellis may have developed psychological concepts of autoerotism and narcissism, both of which were later developed further by Sigmund Freud. Ellis studied what today are called transgender phenomena. Together with Magnus Hirschfeld, Havelock Ellis is considered a major figure in the history of sexology to establish a new category that was separate and distinct from homosexuality. His works include The Criminal, Affirmations, Love and Marriage and Sex and Marriage. 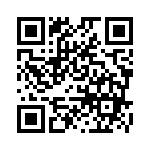