is an internationally renowned specialist on the Great War. His publications include such acclaimed titles as Ypres : The Last Battle , 1914 (2004). The First World War: The Essential Guide to Sources in the UK National Archives (2003), and A Nation in Arms: A Social Study of the British Army in the First World War (with Keith Simpson) (1985) 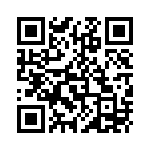