In Johnson’s (The Crossroads of Time, 2015, etc.) YA fantasy, an apprentice mage, searching for a possible cure to an epidemic, stumbles upon a nefarious plan at the atomic level. It seems that a ... Read full review

In Johnson's (The Crossroads of Time, 2015, etc.) YA fantasy, an apprentice mage, searching for a possible cure to an epidemic, stumbles upon a nefarious plan at the atomic level.
It seems that a notoriously deadly purple plague has started to appear in Hadley Town. But the news is even worse for 14-year-old resident Jawan, the apprentice to the earth-mage Myrlo for the past eight years, as he learns that his parents' house has been specifically quarantined. Determined to find a cure, he peruses his master's research under a nanoscope and finds himself literally drawn in--that is, he mysteriously shrinks and winds up inside the cryptically labeled culture.
It turns out that a fermion named Pym has summoned him to Nanosia, believing he's the prophesied Big One from the
Big World who'll defeat Antipan, the ruler of the Realm of Chaos. Meanwhile, back in the larger world, fire-mage Elveston has a device that he claims will cure the plague. But he may have another scheme in mind involving the creation of pure energy with the help of his "accidental creation," Gelic, a positron in Nanosia. The fact that positrons are unstable, though, could mean devastation for both worlds. To keep Nanosia from falling into disarray, Jawan may have to turn to something even more powerful and dangerous. The educational value of Johnson's story is hard to miss: numerous characters are subatomic particles, which will pique the interest of younger readers who may be unfamiliar with bosons or gamma rays. But the author also stays true to the fantasy genre with her plot complications and characterizations: Jawan finds that getting back to the Big World is far from a simple task, and the villain Elveston is shown to be cruel to his journeyman (Jawan's pal Loby) and distrusted by other elemental mages. The breezy prose is often humorous, especially when describing Jawan's conspicuousness--he doesn't spin or orbit like other Nanosians. There are also a few surprises, including the reason why Jawan feels that some of the subatomic folks that he meets (including the titular Queen Quanta) look familiar. Unfortunately, not everything gets resolved by the end--although this may indicate a potential sequel.
A creative tale which makes its fantasy science fun. -- Kirkus Book Reviews 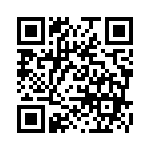