John Benson is author of a number of economic and social history books under the Longman imprint, most notably The Working Class in Britain, 1850-1939 and The Rise of Consumer Societry in Britain, 1880-1980. 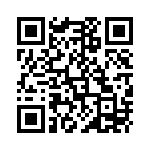