I am 24, not really a kid, at least by my job status and social responsibilities, at least how my parents and family members "grown ups" look at me.So, when I received this book as a gift it first seemed as a story for kids before bed-time, the funny part is that it still woke up a curious part in me to find out what is written inside. Woke up parts in me that were hidden by the ordinary busy life, forgot what it seemed to just imagine things, be present, curious and eager to learn new stuff, to love the simple things and never use the sentence " I have no time " because right now to me it seems that I got everything except time for myself, time to explore, learn and be passionate about something, something which looks simple and not valuable in the grown up world.
I would recommend this book to everyone. As it helped me realize the path that I'm going I'm pretty sure it'll help somebody else, remember how it was being a kid with no responsibilities and a whole new world out there waiting to be found.
Absolutely loved it, I wanna thank my aunt from whom I received this. Might be a life changer.

Antoine de Saint-Exupery, 1900 - 1944 Antoine de Saint-Exupery was born in Lyon, France on June 29, 1900. Saint-Exupery was educated in Jesuit schools. He later attended a Catholic boarding school in Switzerland before entering the Ecole de Beaux-Arts as an architecture student. de Saint-Exupery began his military service in 1921 and was sent to Strasbourgh to be trained as a pilot. He received his pilot's license in 1922 and, after a few dead end jobs as a bookkeeper and an automobile salesman, he began flying mail for a commercial airline company. His route over North Africa was the basis for his first novel, Southern Mail, in 1929. His second novel, Night Flight, became an international bestseller and was made into a film in 1933. By that time, de Saint-Exupery was married to Consuelo Gomez Castillo and was working as a test pilot for Air France. He was also working as a foreign correspondent covering May Day events in Moscow and writing a series on the Spanish Civil War. His book, Wind, Sand and Stars won the French Academy's 1939 Grand Prix du Roman and the National Book Award in the United States. He came to the United States after France fell in World War II, but rejoined the French Air Force in North Africa in 1943. That same year he published The Little Prince, a children's story of such universal appeal that it has been translated into close to fifty languages. Antoine de Saint-Exupery took off on a flight over Southern France on July 31, 1944 and was never seen again. In 1998, a fisherman found a bracelet with his name and his wife's name engraved on it, 150 kilometers west of Marseilles. 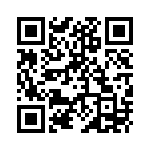