O'Rourke has been one of the funniest writers in America for about 30 years. His usual mediums are the column, article, or essay and, at times, this book - a biography thinly disguised as a meditation ... Read full review

Not as funny as most of O'Rourke's work. Perhaps because the failure of our generation to live up to its high expectations is not inherently funny. Read full review

P. J. O’Rourke was born and raised in Toledo, Ohio, and attended Miami University and Johns Hopkins. He began writing funny things in 1960s “underground” newspapers, became editor-in-chief of National Lampoon, then spent 20 years reporting for Rolling Stone and The Atlantic Monthly as the world’s only trouble-spot humorist, going to wars, riots, rebellions, and other “Holidays in Hell” in more than 40 countries. He’s written 16 books on subjects as diverse as politics and cars and etiquette and economics. His book about Washington, Parliament of Whores, and his book about international conflict and crisis, Give War a Chance, both reached #1 on the New York Times best-seller list. He is a contributing editor at The Weekly Standard, H. L. Mencken fellow at the Cato Institute, a member of the editorial board of World Affairs and a regular panelist on NPR’s Wait… Wait… Don’t Tell Me. He lives with his family in rural New England, as far away from the things he writes about as he can get. 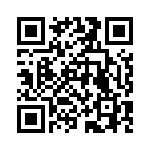